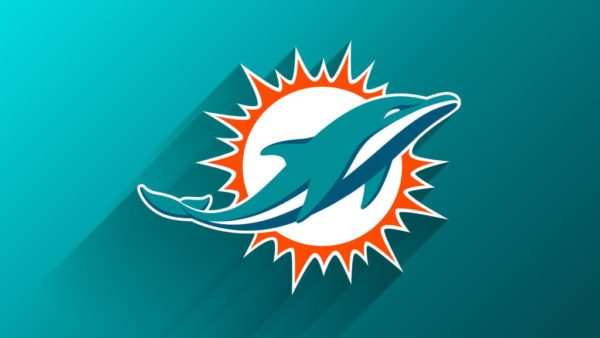 Below is the list of Undrafted Free Agents the Miami Dolphins have signed. This list will be updated Saturday night throughout Sunday. Keep checking back for the latest information.
🔸 @GIFTEDOWEN → @MiamiDolphins #famILLy pic.twitter.com/g28REd3d7R
— Illinois Football (@IlliniFootball) May 1, 2022

Nebraska defensive lineman Ben Stille, who had 14.5 sacks in his college career, is signing with the Dolphins, per the Cornhuskers.
— Barry Jackson (@flasportsbuzz) May 1, 2022

NFL.com Draft Profile on Conner: Conner possesses explosive athletic ability but lacks NFL receiving skills. He’s more project than prospect with a lack of functional ball skills. He has mismatch potential, but needs to better utilize his size and go to school as a route-runner. He has late Day 3 potential and could be a practice squad stash.
Per source, new Dolphins DB Elijah Hamilton – who played CB and safety at Louisiana Tech – will work at safety initially for Miami. Intriguing prospect.
— Barry Jackson (@flasportsbuzz) May 1, 2022

PFN Write Profile on Hamilton
Positives: Vanderbilt transfer with the size and speed to play at the next level. Best in a straight line, flashes speed, and has a closing burst. Works well with teammates.
Negatives: Marginally productive throughout his college career. Possesses average ball skills.
Analysis: Hamilton looks the part and occasionally plays to it, yet he never truly elevated his game or lived up to expectations.
UM and former Tennessee DE DeAndre Johnson is signing with Dolphins, agent Michael Celli tells me. He did 30 visit with Arizona and impressed Dolphins at local day.
— Barry Jackson (@flasportsbuzz) May 1, 2022

SI Draft Profile on Johnson: The 2022 NFL Draft class is loaded with talent at 4-3 defensive end and 3-4 outside linebacker. Miami’s Deandre Johnson flashes on film. His stellar length and above-average movement skills lead to promising plays in coverage and as a pass rusher. Unfortunately, his concerning play strength, stiffness and limited pass rush arsenal cast doubt on his ability to win up any track in the NFL. Currently unrosterable, he can develop into a special teamer and situational defender.
JWill in the 3️⃣0️⃣5️⃣@_blessed_23 is a @MiamiDolphins!!!!#NFLHokies | #FinsUp pic.twitter.com/joDArINXHA
— Virginia Tech Football (@HokiesFB) May 1, 2022

NFL.com Draft Profile on Williams: Athletic defender caught between positions and lacking the desired NFL body type for end or tackle. Williams’ production was fairly pedestrian during his time at both Clemson and Virginia Tech, but he possesses more ability than the stats might indicate. His lateral foot quickness in the run game and as a rusher can create early advantages but he’s still learning to convert the advantages into wins. Finding a fit will be important but the athleticism and play strength could create a competitive camp for Williams.
Dolphins are expected to sign Mississippi WR Braylon Sanders, according to league source.
— David Furones (@DavidFurones_) May 1, 2022

NFL.com Draft Profile on Sanders: One-dimensional wideout with speed to burn but a history of injuries that halted any momentum during his career at Ole Miss. Sanders won’t be a guy who can uncover on all three levels and his contested-catch finishing is below average. However, he has home-run potential and can draw additional safety help over the top. The injury background comes with a “buyer-beware” sticker, but speed and talent matters. Sanders will get his shot to earn a back-end roster spot as a field-stretching backup.
The Miami Dolphins are signing my client Ty Clary (C/G Arkansas) as a rookie free agent. Talented guy who can play multiple positions along the line.
— Brett Tessler (@TesslerSports) May 1, 2022

Per source, FIU punter Tommy Heatherly is expected to sign as a UDFA with the Miami Dolphins. #PawsUp.
— Eric Henry (@EricCHenry_) April 30, 2022

NFL.com Draft Profile on White: Explosive, athletic runner with good size but a lack of discipline in his running style. White was a high school runner who played linebacker at Florida State but returned to running back at South Carolina in 2021. He’s entertaining to watch with unpredictable, razor-sharp cuts from any spot on the field, but he frequently strays from designed run tracks, which prevents him from finding a rhythm. White has plenty of tread left on the tire and his blend of size and explosiveness will be very appealing for teams looking for a developmental RB3 with run/catch upside to move up the depth chart.
Verone can also play safety. Versatile player who shined with the Ducks throughout his career in Eugene. Nice add for the #Dolphins
— Jordan Schultz (@Schultz_Report) April 30, 2022

NFL.com Draft Profile on McKliney: Productive safety who will create a classic matchup pitting the traits versus the tape. In one corner we have an undersized, short-armed safety with average speed. In the other corner we have game tape highlighting McKinley’s instincts, short-area quickness, aggressive demeanor and nose for making plays on the football. He’s going to give way to some of the bigger bodies he’ll encounter in the NFL, but he’s a natural football player with an above-average feel for timing and angles. The traits could impact his draft slotting, but McKinley has the talent to make plays as a nickel safety.
Former Arizona State OL Kellen Diesch – a freak athlete who ran 4.89 at 6-7, 301 pounds – is signing with the #Dolphins, per source.
— Tom Pelissero (@TomPelissero) April 30, 2022

NFL.com Profile on Diesch: Diesch is highly athletic with the initial quickness and fluidity to stand out on reach blocks, second-level cut-offs and long pulls in space. He’s scheme-dependent, lacking strength to generate movement as a drive blocker. He lacks functional length and the anchor needed to keep NFL speed-to-power rushers from ruining his day. If he can add the necessary strength and mass, he’ll have a chance to find snaps in a heavily move-oriented offense.
Dolphins adding multiple linemen, including Minnesota's Blaise Andries, who had five starts at left tackle, 11 at left guard, 21 at right guard and nine at right tackle.
— Barry Jackson (@flasportsbuzz) April 30, 2022

NFL.com Profile on Andries: Big lineman with multi-positional starting experience. Andries possesses an NFL frame, but doesn’t generate much push as a drive blocker. His athletic limitations show up when asked to handle move-blocking duties and with his gap-to-gap range in pass protection. Andries’ size and roster flexibility help his chances of finding a roster spot, but he lacks well-defined play traits to make much of an impact.
The #Dolphins are signing Texas A&M Commerce CB Kader Kohou, per source. Kohou received a TON of interest throughout the process.#NFLDraft @TheDraftNetwork
— Justin M (@JustinM_NFL) May 1, 2022

DISCOUNT CODE:
DolphinsTalk to save 20%